As the city of Education Bandung is not only known for their universities, choosing a college in Bandung is perfect, especially Bandung has several universities whose name is quite famous in Indonesia, and even in Southeast asia. Bandung has 3 Universities government and 130 private universities. Among the Bandung Institute of Technology (ITB) which was established in 1920 with the name of the Technische Hoge School (THS), State University of Padjadjaran (Padjadjaran University), University of Education Indonesia (UPI),.
also with a lot of facilities and infrastructure that support educational tours.

For example, for the category Museums are Sribaduga Museum, Museum of Geology, Museum of Asia Africa, if the destination is a natural educational tours zoo located in the area of Taman Sari. At Bandung Zoo, there are various kinds of flora and fauna native to Indonesia as well as from the outside.
Attracted by the smell of astronomy things, alternative places that may be
visited is Lembang, where the presence telescope Boscha. When first used in 1928 with the double refractor telescope Boscha Zeis made in Germany, 60 cm diameter lens telescope 11 feet long – had become the third largest telescope in the world, the southern hemisphere. And geographic location Boscha as one of the central southern part of the world astronomical observations with a long history of research studies makes the results of the study Boscha recognized importance in the world of astronomy. Boscha telescope is the oldest in Indonesia. 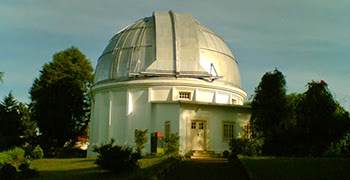 If you would like to visit, make confirmation first through observation Boscha – Faculty ITB to Mrs. Suryati,
tel / fax : 022-2786001
email: unjungan@as.itb.ac.id