Skip to main content
Tebing Keraton-Exotic-And-Charming-Spot-In-Bandung
Bandung, which is surrounded by a mountain path turned out to make Bandung as a city in Indonesia is very special. Famous wich has a variety of tourist attractions Bandung natural typical of the mountains or highlands are popular because of the beauty and eloquence in almost every corner of the region bordering Bandung, such as natural attractions west Bandung, there are natural attractions typical of the mountains like Mount Tangkuban Perahu and hamlets of bamboo or natural attractions in parts South of Bandung. very popular in Ciwidey with Kawah Putih, even the Bandung’s distinctive nature of the mountains of East Bandung like Caringin tilu, while Nature typical mountainous North Bandung is represented by the presence of Bukit Bintang which is very exotic and charming. 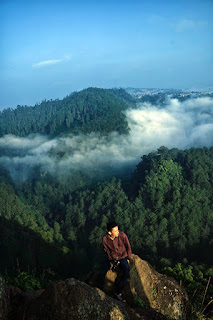